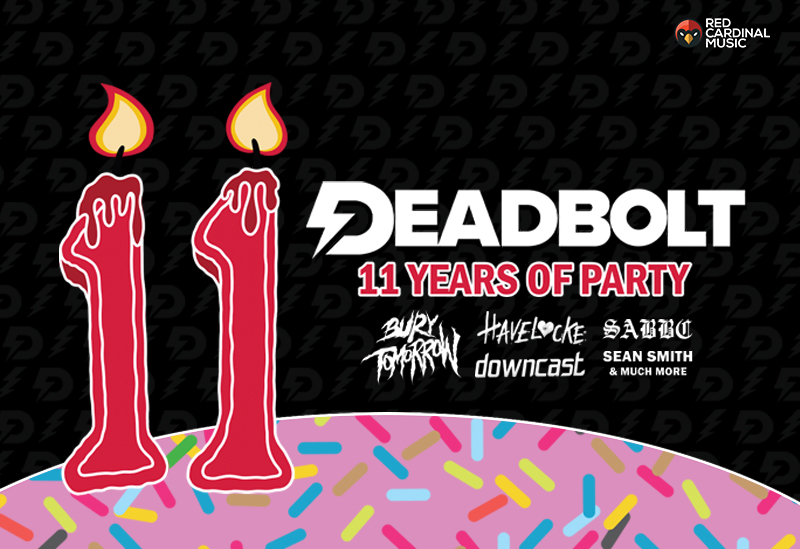 browse around this site Alternative party Deadbolt is celebrating their eleventh birthday on Saturday April 2nd in Manchester at the venue where it all began – The Bread Shed (then known as The Zoo).

http://cakebysadiesmith.co.uk/page/30/ Deadbolt is known in Manchester and Liverpool as a chaotic clubnight where people can enjoy a party vibe a little different from the traditional clubbing experiences. Deadbolt creates a house party atmosphere with live performances, interactive games and giveaways – and all of this is to a mix of emo, metal, rock, pop punk and alternative anthems.

Even though Deadbolt currently operates in Manchester, Liverpool, Sheffield and Nottingham, Deadbolt has been involved with events in other cities including London, Edinburgh, Bangor, Dublin, Bristol, York, and Charlotte (North Carolina, USA). They have seen guest appearances from many acts within the alternative scene including Funeral For A Friend, Benji Webbe (Skindred), Tek-One and Hot Milk amongst many others.

The birthday party will once again feature live music from a varied selection of the very best up and coming acts the UK has to offer, followed by a huge clubnight with guest DJ sets and giveaways all night from several of the best independent brands in the alternative scene.

The event kicks off at 6:30pm, with live performances from Downcast, Where Oceans Burn, Death & Taxes, Hometruths, Aleya and A Lost Cause.

The huge clubnight will immediately follow the live show, with guest DJs and Deadbolt favourites Bury Tomorrow, the return of Sean Smith and a takeover from Skull & Bones Boys Club clothing. They will be joined by normal Deadbolt residents LJC, Bekkiness and Ronnie B.

Former Manchester rock night staple Rock Kitchen will once again be resurrected for a reunion set playing a selection of favourites from the much-loved Saturday tradition.

In true Deadbolt spirit, brands who have worked with the night will also be showcased with stalls scattered over the venue supporting the independent brands that make the alternative scene what it is. Companies such as Unusual Horror, Catch Pro Wrestling, Main Events, Good Omens Tattoo, Blasphemy Cult and Kadupuluk will have a presence on the night.

Liam Connolly, founder and director of Deadbolt said : “It’s going to be so much fun for everyone being back in the room where we started. Since then they’ve had so much investment into the production side so we’re hoping to put on a really good show for the loyal crowd as well as newcomers alike. We’re excited to welcome back Deadbolt legends Bury Tomorrow and SABBC for this birthday, as we’ve been asked to get them back so many times over the past few years.”

He added : “I wanted to really support the independent brands we’ve worked with and those from the local area, we’ve always had that mindset from day one and I feel that has always separated us from the same old, same old nights and the endless stream of hollow nostalgia nights. We’ve always wanted to give people more than the same songs, a dance floor and a bar. A night out can always be more than that. I’m confident this birthday will be an absolute blast, we certainly have the bill for it!”

Tickets for this event are available via the Red Cardinal Music website, See Tickets, Skiddle, Fatsoma, Ticketweb and Ticketline. To find out more, visit the Deadbolt’s social media pages below. 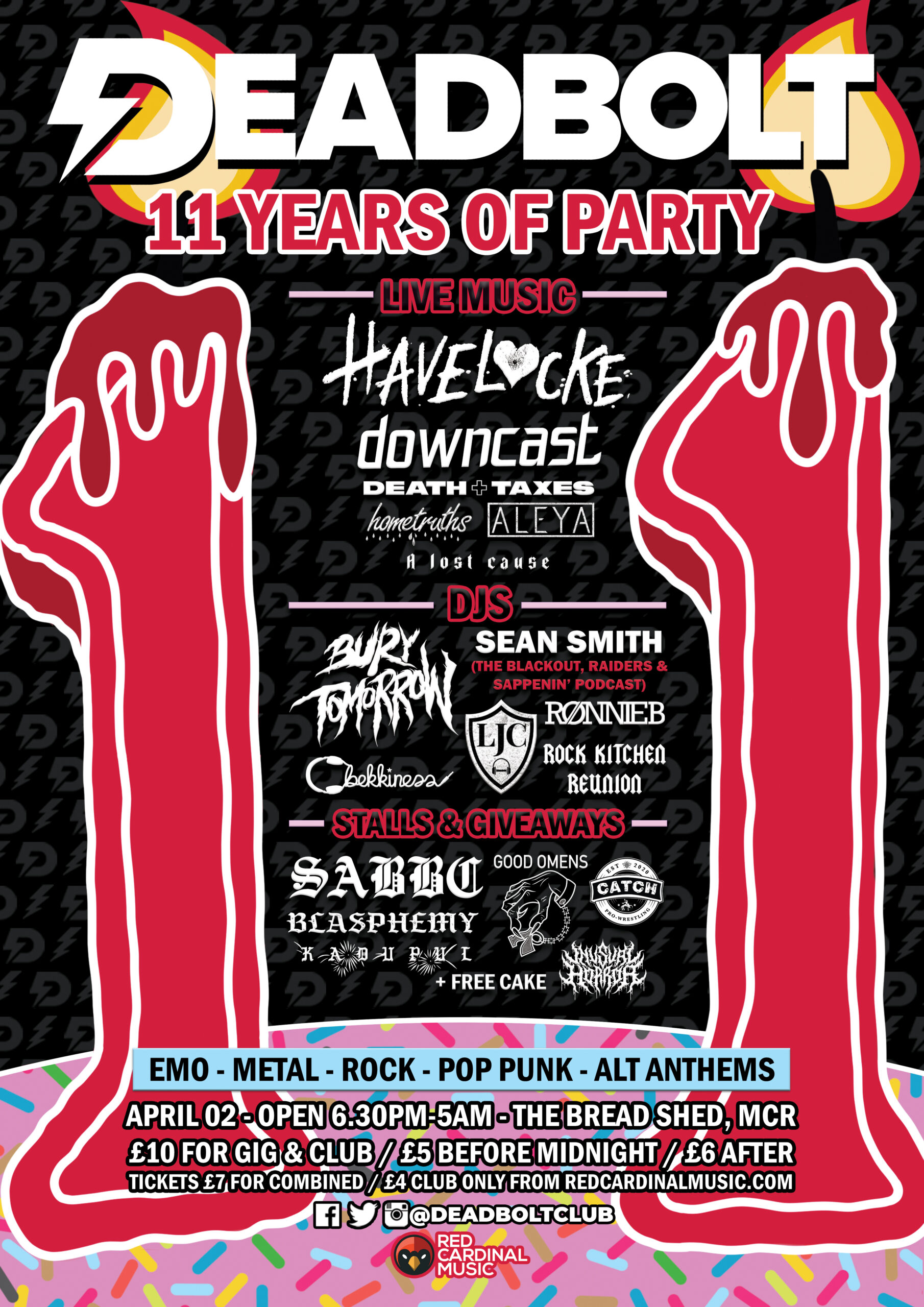