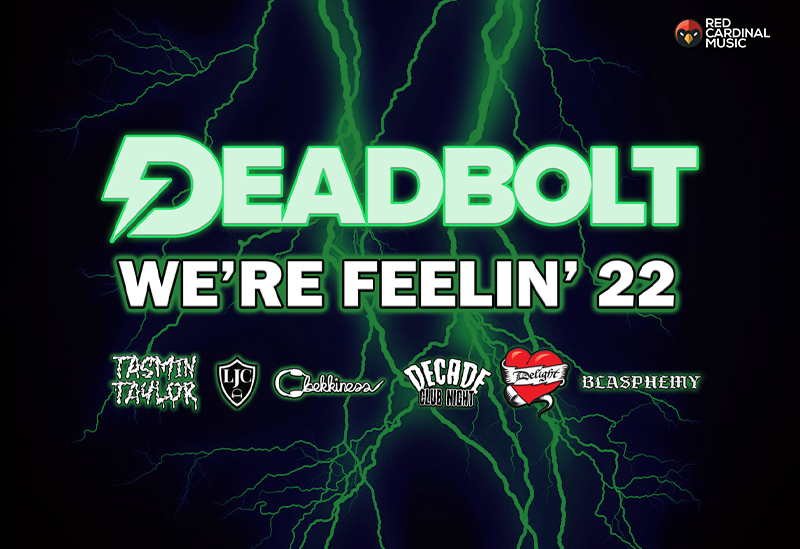 http://humanesmarts.org/moopa/ Deadbolt will be kicking off 2022 on Saturday February 5th at Night People in Manchester with guest DJ sets and clothing giveaways.

http://hkbookkeeping.com/clear-tax/ Flying the flag for Deadbolt DJs will be LJC, and Bekkiness. Tasmin Taylor will also be returning to the Deadbolt decks, bringing her unique mix of Alternative classics with an EDM twist back to Manchester for the first time since October. Tasmin had a great 2021, appearing at clubnights all over the UK as well as Slam Dunk Festival, Download Festival and the Heavy Music Awards.

Also appearing onstage will be Edinburgh’s biggest Alternative club night and Deadbolt regulars Decade and their Portsmouth counterpart, Delight as they take part in a vicious DJ battle. Both sides are ready to get personal and there can be only one winner, which will be decided by the audience.

Blasphemy clothing will also be joining the event, with four separate prizes up for grabs to the Deadbolt faithful.

“After such a weird 2021, we’re looking forward to starting on a new page with this coming year. We thought we’d kick things off in the home city with a bunch of our friends and we’re so excited to bring Tasmin and Decade back as well as work with Delight and Blasphemy up here for the first time.” says Deadbolt founder / DJ Liam Connolly.

“We have a load of big plans for this year, so hopefully we’re looking at some memorable nights in a few cities and new collaborations!’

Join the Facebook event for a chance to win free goodies and to make song requests. If your birthday is in January or February, contact the Deadbolt facebook page to be added to the birthday list for free goodies.

Advance tickets for the event can be purchased from See Tickets, Skiddle, Fatsoma, Ticketline, Ticketweb and our website for just £4.

Tickets can be purchased on the door during the night for £5. Students will get a reduced price of £4 with a valid student card. 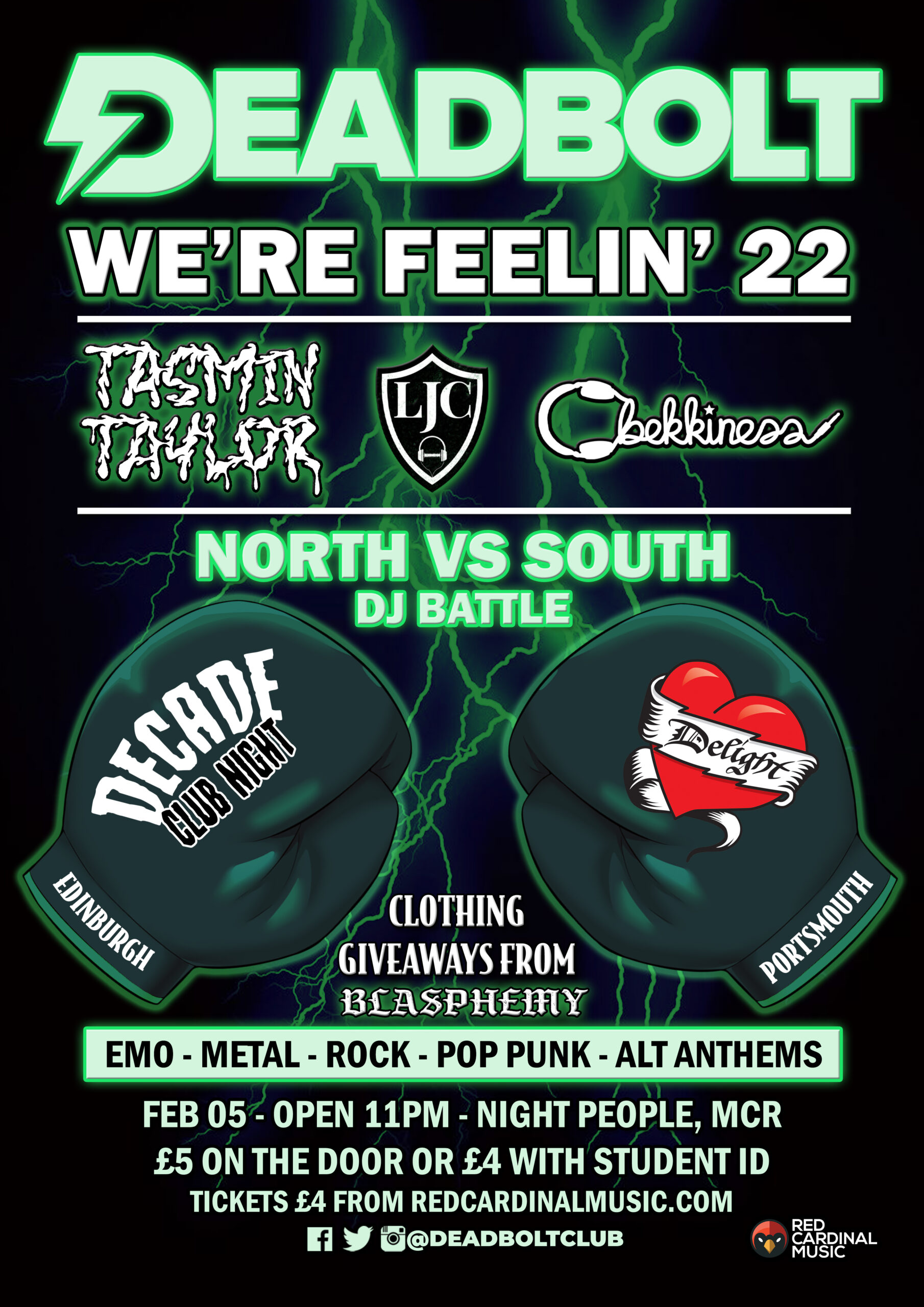