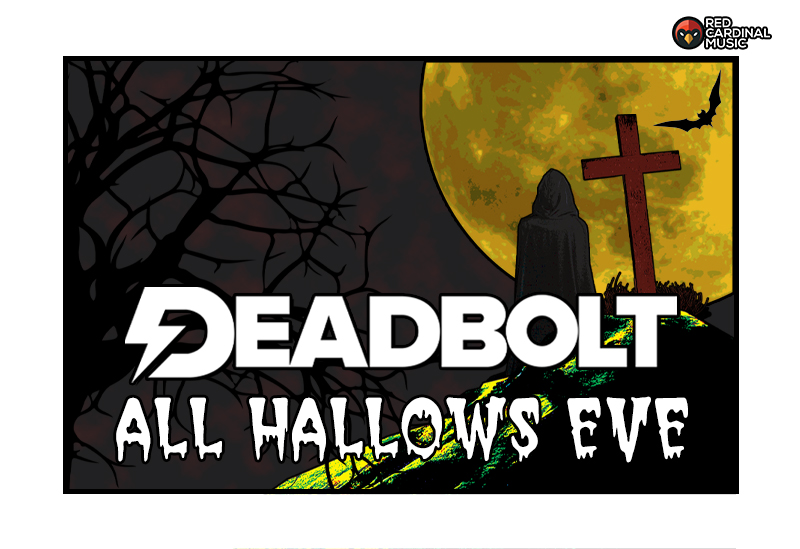 Wilsonville Halloween may not be on Saturday this year, but it’s not stopping Deadbolt from throwing a party at Night People  on 30th October.

http://heathstreethealth.nhs.uk/chaperone/ The event will start with a live gig with performances from Junior, Gold Bloom, Downcast and Medlock.

Welsh pop punk band Junior are back for another Deadbolt gig! Since playing the Deadbolt Festival in 2017, they released their second album – Beautiful Life – and have toured all over the UK. Their catchy pop punk sound and the charisma of the frontman Mark Andrews (who you may know for his high flying wrestling in WWE/NXT) are guaranteed to get a crowd bouncing.

Liverpool based pop punk band Gold Bloom released their debut EP “At Long Last” to a great reception in 2019 – Turn It Up Louder praised them for their uplifting, effervescent feel.

Bristol based alt band Downcast have been storming the scene since 2018 and plan to release their debut album next year. This July they released Britannia Mills to a great reception, Kerrang! Magazine said “the sheer effort, execution and honesty here mark downcast out as a treat for those with lost souls and broken hearts.’

All Hallows Eve will see the return of two Deadbolt favourites – Jon Mahon and Sean Smith. When he’s not DJing on Kerrang! Radio during the day, or leading teams on Rock The Week, Jon Mahon’s high energy clubnight sets get everyone up moving without fail with his mix of alternative and EDM music. With Sean Smith’s natural charisma as a frontman for The Blackout and Raiders and as a host for Sappenin’ Podcast, it’s no wonder he can get a crowd dancing. Both guest DJs will be in the main room helping the Deadbolt DJs to bring the party with the best in emo, pop punk, metal and alternative anthems in the main room. In Room 2 the Deadbolt DJs will be playing nothing but the heaviest tunes all night.

As per Deadbolt tradition, there will be games throughout the night to win prizes. As it’s Halloween, there will be pumpkin carving along the normal fun games. Deadbolt All Hallows Eve is sponsored by Fireball who will be providing giveaways to win on the night!

Our friends at Modern Streets have the Pop Punk aesthetic DOWN, and will be selling items during the night as well as hosting a game where you can win one of FIVE prizes.

Lou’s Hot Sauce will be making their way down to Deadbolt to host a hot sauce challenge!
Lou’s Hot Sauce collaborates with some of the biggest alt bands, including Deadbolt favourites such as Bring Me The Horizon, While She Sleeps and You Me At Six, so check out their delicious range and prepare for the hottest challenge around.

Manchester-based brutal Horror-inspired merch is PERFECT for this time of year, right? Our buddies at Unusual Horror will be with us all night throwing out freebies and partying like Lucifer himself.

On the night there will be prizes for the best costumes, but don’t worry if you don’t find an outfit in time, we will have an SFX artist on hand to help you to get spooky!

Join the Facebook event to make sure you don’t miss the next bands to be announced and to make song requests. If your birthday is in October, contact the Deadbolt Facebook page to be added to the birthday list for free goodies.

Advance tickets for the event can be purchased from See Tickets, Skiddle, Fatsoma, Ticketline, Ticketweb and our website for just £7 for combined gig and club tickets or £4 for club only.

Tickets can be purchased on the door during the night for £10 for the gig and club or if you would like club only it will be £5 before midnight and £6 after.