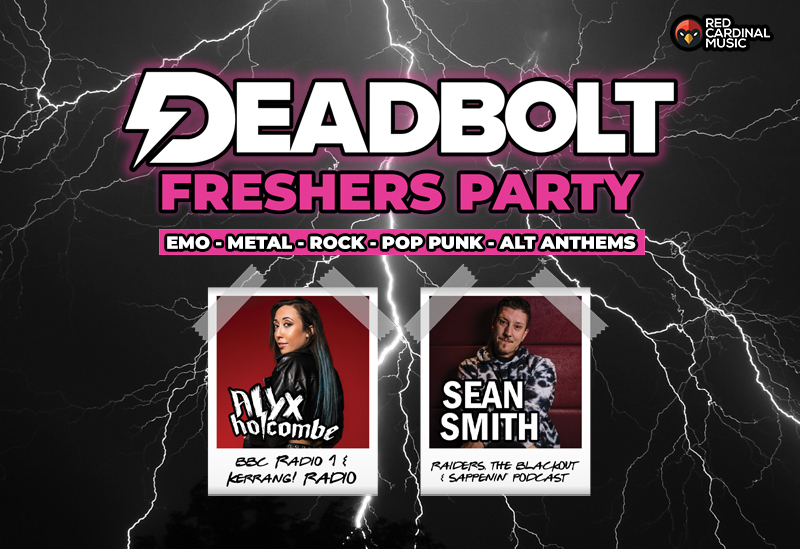 Alternative party Deadbolt is bringing Kerrang! and BBC Radio 1 DJ Alyx Holcombe and Sean Smith (of Sappenin’ Podcast, The Blackout and Raiders) to Manchester for their freshers party at The Bread Shed on Saturday 24th September.

Deadbolt is known in Manchester as a chaotic clubnight where people can enjoy a party vibe a little different from the traditional clubbing experiences. Deadbolt creates a house party atmosphere with live performances, interactive games and giveaways – and all of this is to a mix of emo, metal, rock, pop punk and alternative anthems provided by Deadbolt DJs LJC, Bekkiness and Ronnie B.

Although Deadbolt currently operates in Manchester, Liverpool and Nottingham, Deadbolt has been involved with events in other cities including London, Edinburgh, Bangor, Dublin, Bristol, York, and Charlotte (North Carolina, USA). They have seen guest appearances from many acts within the alternative scene including Funeral For A Friend, Benji Webbe (Skindred), All Time Low, Tek-One and Hot Milk amongst many others.

In Deadbolt tradition, there will be party games during the night and chances to win prizes. The event is sponsored by Fireball Whiskey and Southern Comfort who will be providing giveaways on the night. Giveaways will also come from clothing brand Skull And Bones Boys Club and Northern Quarter based Tattoo Studio Good Omens.

Liam Connolly, founder and director of Deadbolt said: “We can’t wait to have Alyx on board for one of our most exciting times of year! She’s a fantastic DJ making waves on the scene right now. Sean Smith has been a part of Deadbolt for a few years now and certainly knows how to work up a crowd so we’re always happy to party with him.”

He added: “The freshers celebrations each year have a great atmosphere of togetherness with the events introducing the alternative students to the incredibly welcoming rock and metal scene of Manchester. We’re excited to see what the new future Mancunians will bring!”

The event is free entry and for over 18s only – ID will be required to enter. Tickets for this event are available via the Red Cardinal Music website, See Tickets, Skiddle, Fatsoma, Ticketweb and Ticketline. To find out more, visit the Deadbolt’s social media pages below. 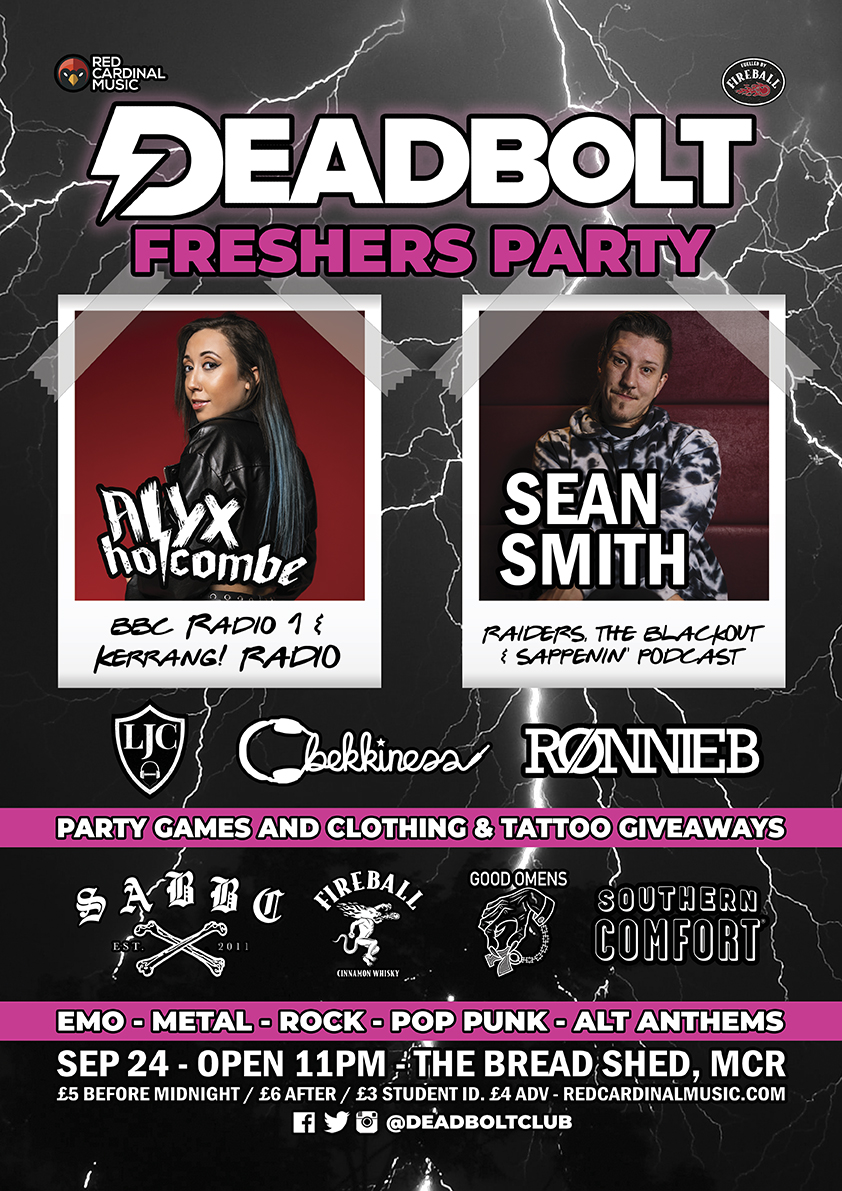