Red Cardinal music has a varied DJ team with many years of experience within different genres. In addition to DJing for RCM clubnights, all of our DJs have performed guest sets and held residencies in venues and clubnights across the UK and Ireland. 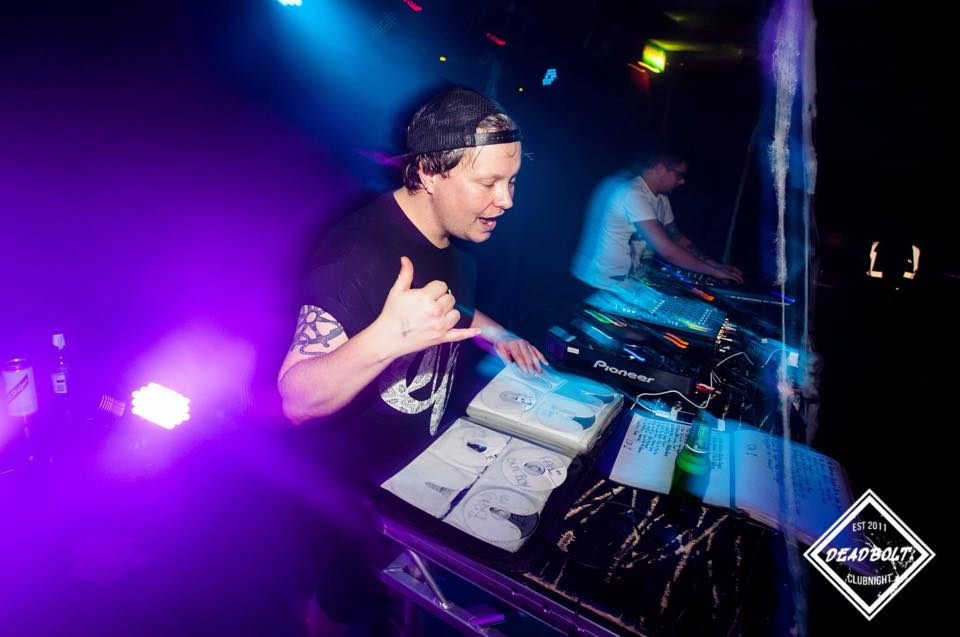 As the founder of Deadbolt, Liam Joseph Connolly moulded the night in his own DJ style based around high energy, upbeat anthems based in Pop Punk and chorus-laden Metalcore. Liam is also the main DJ for Zero Club and Boneyard (Liverpool’s Ultimate Metal Night). Liam also has a residency at Font Manchester. During the previous 10 years, he has DJed for established venues all over the UK such as The Black Heart (Camden), Rock Kitchen (Manchester) and Fifth (Manchester) as well as guest sets at other clubnights such as Fat Lip (Bristol), Sabotage (Dublin), Decade (Edinburgh), Emo Night Carolina (Charlotte, NC),  Absolute Shite (Manchester) and Hair (Manchester) amongst others. In recent years he has branched out, forming a wrestling fan-based community company in Main Events and gaming night The Bit Squad on top of ironic Pop night Teenage Dream (based in The Font). 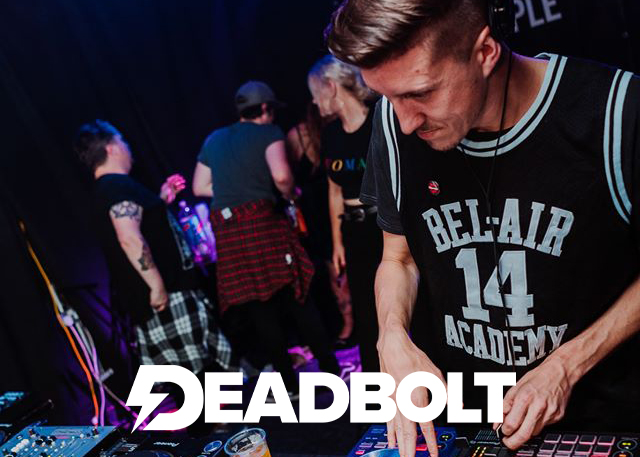 Former frontman of Welsh band The Blackout, Sean Smith is used to making people move. His podcast, Sappenin has gained a big following from interviews with some of the biggest names in the Alternative music scene. His new band Raiders have also gained plaudits and huge support slots with the likes of Funeral For A Friend and are ones to watch in the next year or two. On top of all this, Sean somehow finds the time to DJ. He’s worked with nights up and down the country such as Team Up (Cardiff), Decade (Edinburgh), Fat Lip (Bristol), The Rapture (London) and Deadbolt on a regular basis. 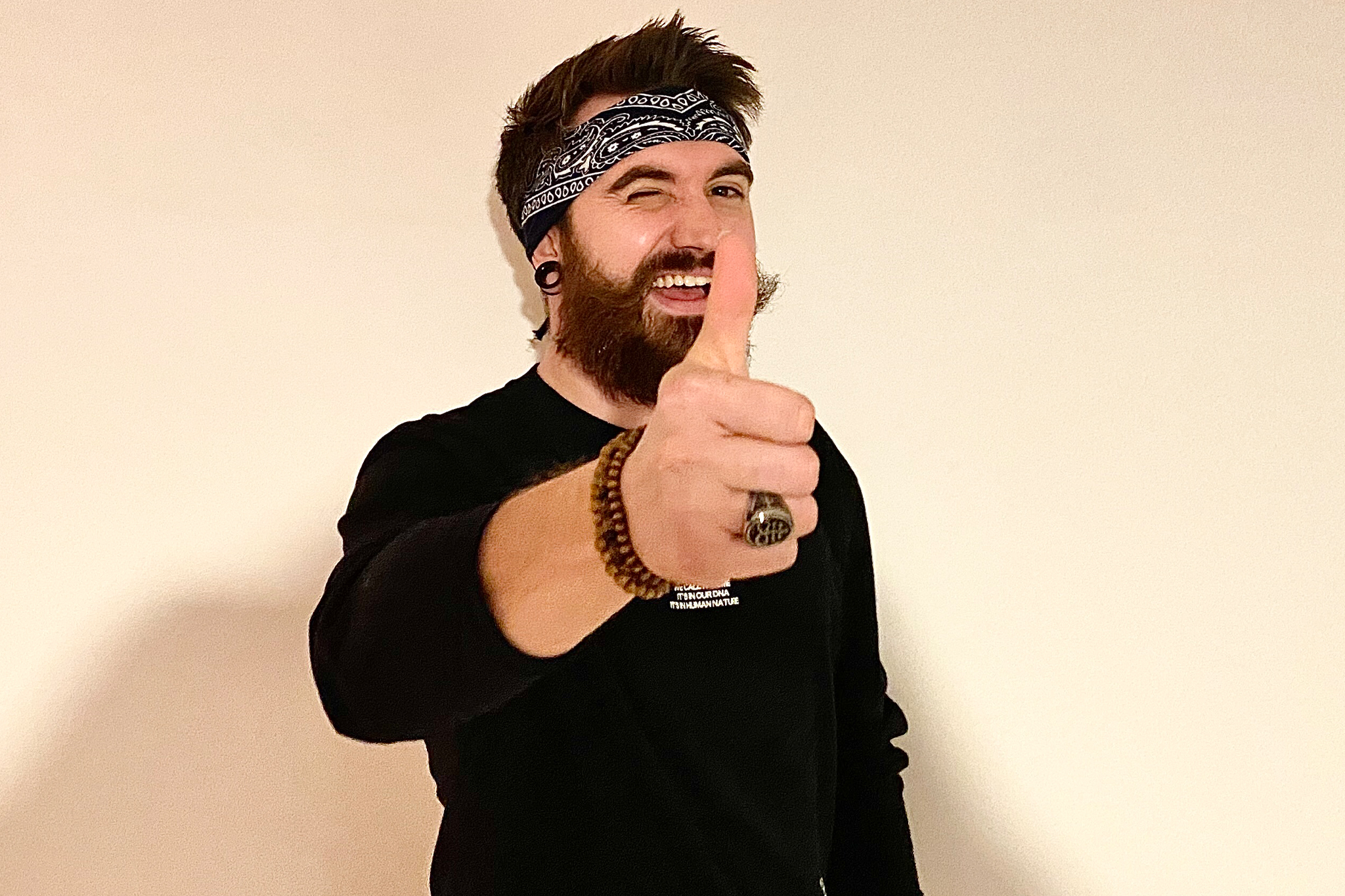 Chris has been making a name for himself in the Merseyside region for over a decade now, and has built up a nice following the meantime. Cutting his teeth in the Wirral Indie and Alternative club The Cali, and through to the next incarnation of the venue Molly’s Chambers he quickly moved onto the city of Liverpool for its vibrant nightlife scene. Chris became a resident at EBGBs spinning Indie, and then became a regular at The Black Parade (nationwide). These residencies and experiences led to him DJing at Download Festival. Chris’ energetic stage presence and party vibes fit right in at Deadbolt, so we are happy to have him on board. 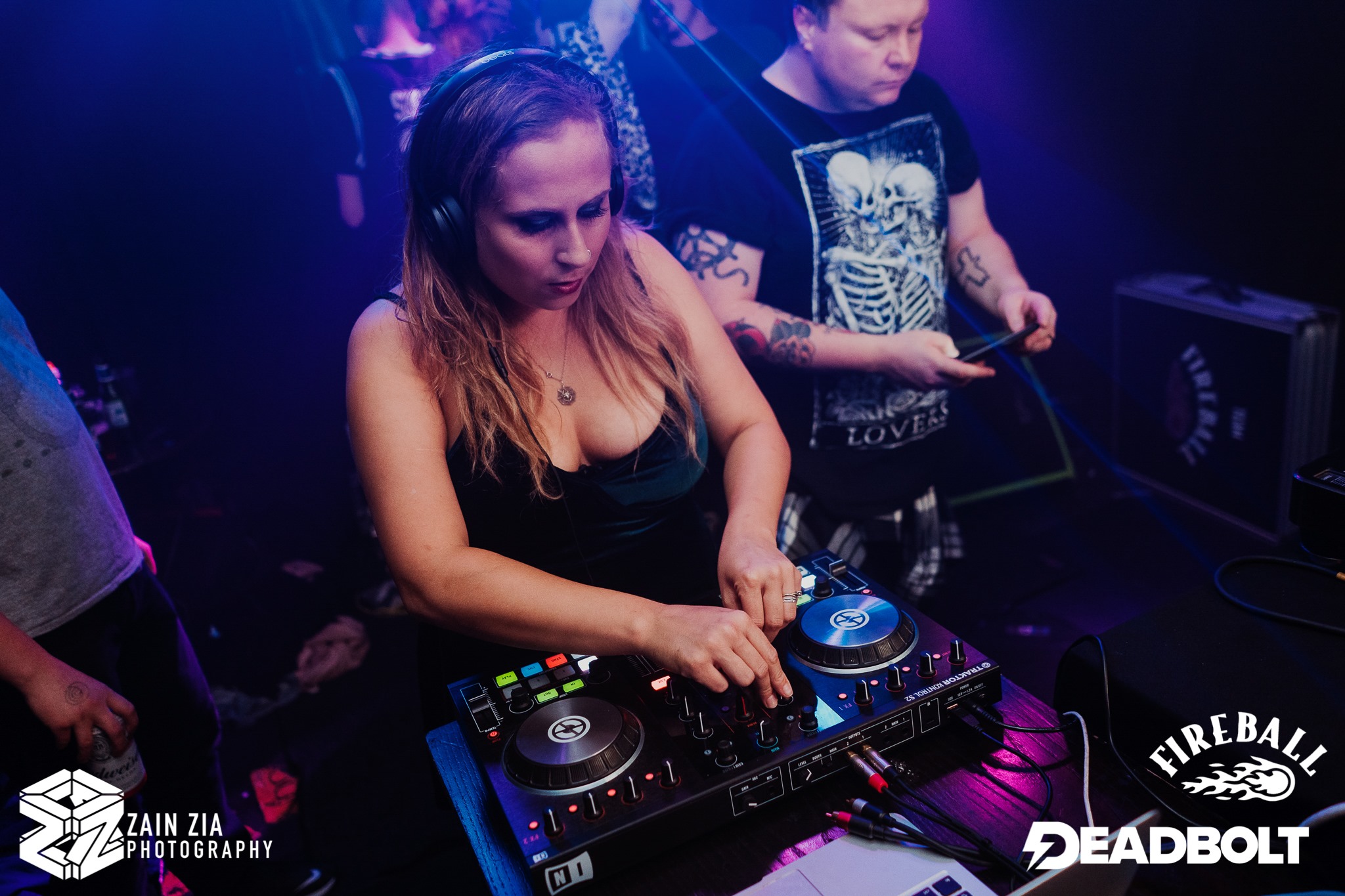 Rising from the ranks from joining the Deadbolt team as a part of the promotion team in 2014, Bekki has taken to DJing like the proverbial duck to water. Having cut her teeth under the residents, she has gone from strength to strength and has now established herself as a steady hand capable of most RCM brands. Deadbolt is her main brand within Red Cardinal Music, having DJed sets in Manchester, Liverpool, Bangor, Edinburgh and Charlotte NC, but she also DJs at Zero Club, Boneyard, The Bit Squad and Teenage Dream. 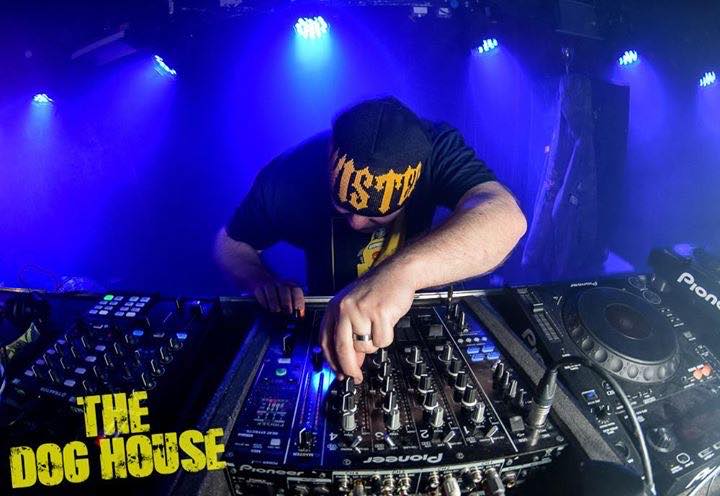 A legend of the Manchester metal DJ scene, Mike has been around all of the legendary Alternative clubs in the area and lived to tell the tale. Previously, he has had residencies at Deadbolt, The Ruby Lounge (Caged Asylum, The Dog House, Twisted Sin), Jilly’s Rockworld, Rebellion, and Rock Kitchen. Besides those huge accolades, he has also DJed at niche nights Animosity and Peepshow. In recent times, Mike has found his feet as the resident of new Liverpool Metal night, Boneyard. With so much experience, you know any night with Mike at the helm is in good hands.

All of the DJs on our current roster are available for private functions. To enquire about booking one of the team, fill out our Contact Us form with the details of your event.